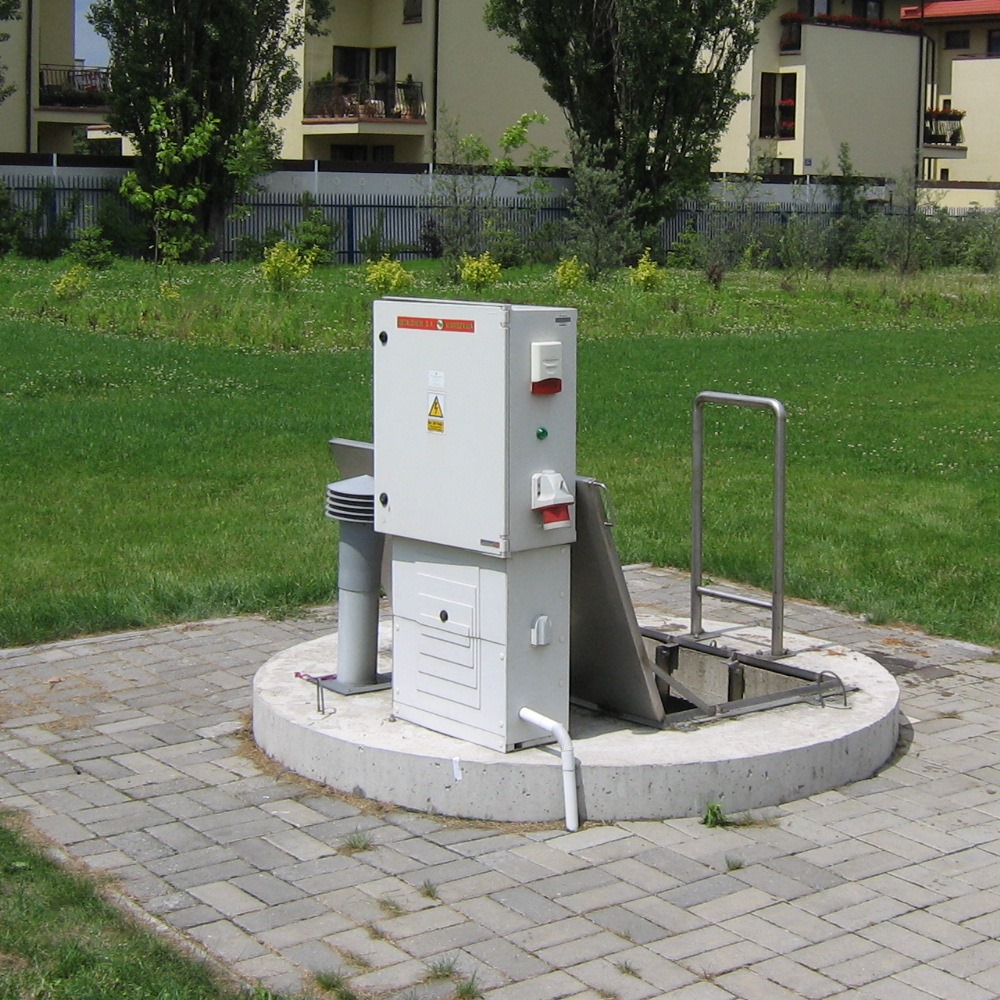 Why our pumping stations?

Because it’s good to have everything important from one manufacturer – this is a guarantee of peace.

Dear customers, we are a manufacturer of comprehensive solutions in the field of sewage and rainwater disposal. The pumping stations designed and made by us are used both among individual users as well as among large companies, housing estates or communal waterworks serving the largest cities in Poland. Our many years of design experience and flexibility in production allow our company to provide clients with individually prepared designs. Depending on the needs, our specialists will advise and prepare a comprehensive offer, which will include: tank selection, selection of pumps and shut-off and return fittings, pumping station equipment, functions carried out by the control, adequately long warranty, scope of periodic inspections and information on post-warranty service. This will allow you not to worry about the product you bought from us in the future and take care of matters that are really important in your life.


Which sewage pumping station should you choose?

Sewage pumping stations (raw) – these are usually domestic sewage pumping stations – households discharged from washbasins, bathrooms, flats, houses and plants. In addition to the dirty water, the pumped medium also contains solids of various sizes, thrown into the sewage system by users. They are so-called raw sewage that requires pumps with large passages, at least 50mm and most often 80mm. Pumps with large passages under the impeller (applies to Vortex impellers) have lower efficiency than the channel pumps, but they are much more resistant to clogging and entanglement of fibrous materials on the impellers, which makes their operation cheaper in total. You can also use channel pumps for raw wastewater, but in our experience only one channel pump. The liquid stream, together with the solids it contains, goes entirely through the inlet to the rotor and then slides along the wall of the pump body to the throat and outlet from the pump. In the case of multi-channel impellers, the stream splits and there is a high probability of hitting two ends, e.g. rags or strings, in separate channels, then the garbage is immediately wound on the impeller and, as a result, the pump is clogged. Such cleaning requires pulling out the pump, removing the body, pulling out the wound (often using cutting tools), and then installing the pump body and fine-tuning the gap between the impeller and the body. In most cases, Vortex impellers can be cleaned without dismantling the pump, and it is easy to remove clogged garbage through the pump inlet.

Rainwater pumping stations – virtually all other pumping stations can be included in this group due to the fact that they pump medium without the content of solid and fibrous bodies, at most the medium carries sand particles. In this group, we can fit and pump pre-treated (mechanically) sewage, rainwater, drainage and process water. The differences will depend on the type of control, rotor resistance to abrasion in contact with the medium or higher pump efficiency than for raw sewage.

What is the difference between control for rainwater, waste water and process water?

MAXIMUM – start level of one pump

ALARM – critical level, switching on the second pump and signaling to the user

POMPA I – switching on and pump level

ALARM – critical level and signaling to the user

In the case of pumping stations with more than two pumps, an additional level of PUMP III, PUMP IV, etc. appears next to each.

In the case of such control, the levels of pump activation are most often dependent on external signals fed to the switchgear, e.g. liquid levels in other tanks, pressure sensors or signals sent by the operator. Most often, only two floats are used to protect the pumping station: DRY to protect the pump and ALARM to notify the operator of the excess level in the tank.

Division of pumping stations by size

The border between the network and home pumping station is conventional, for some it will be a matter of the number of inhabitants using it, e.g. up to 10 people. kennel above network, for others a kennel is enough for five families of 4 people. and for others already with two connected single-family houses it will already be a network sewage pumping station. In fact, the naming does not matter, the design of the pumping station itself is much more important, and this is what we focus on in our company.

Household pumping stations have tanks usually Ø800-Ø1000 and height from 2-3.5m. They are most often used in one-pump systems, with a power not exceeding 2kW, and the pump itself is lowered into the tank at the hook connection. The control is also simplified as much as possible and in the case of single-phase pumps, the float attached to them often takes over. Such a pumping station should be sufficient for several families, draining several garages or as a temporary pumping station, e.g. on a construction site (depending on the parameters of the pressure pipeline). More about home pumping stations here …

Main pumping stations are distinguished by their internal construction as well as a more advanced control system. Due to the required reliability of the system, two pumps are used (one is running, the other is waiting), lowered along the guides and self-engaging on the knees at the bottom of the tank. Due to the larger number of residents served, a sufficiently large retention is used so that the inflow time and the period between each pump start are long enough. It is better when the pump works longer and less often than it would have to pump for a short time and turn on every minute, for example, during starting the pump consumes a few times more current and warms up more than during normal operation. Typical network pumping stations offered by Metalchem-Warszawa S.A. they have a diameter of Ø1200-Ø3000 and a height from 3m to even a dozen or so. Depending on the pumps and internal constructions used, they are able to easily service even thousands of towns as main (collective) pumping stations. More about network pumping stations here …